Intelligent Disobedience:
What We Are Teaching

What is it exactly that we should be trying to teach our children at home or in school about obedience? Milgram gives us a clue as he tries to make sense of what his experiments reveal. He does not suggest to us how to go about it, but his analysis does shine light on the powerful mechanisms at work.

Milgram sees human beings as capable of existing in two distinct states. One is a state of autonomy in which we make choices based on our own understanding of what is right and wrong. The other is in a state of hierarchical relationships in which we become the agent of those at higher levels. He calls this an agentic state, meaning we are acting as an agent on behalf of an authority’s judgments and instructions, rather than on our own.

This agentic state has permitted civilizations to create complex systems that are capable of achievements on a grand scale. They make large nation-states, in which we live, possible. By thousands of people implementing the instructions of various authorities, we have developed the infrastructure for global commerce, made it possible to send human beings to the moon, and in its darker manifestations, to wage large-scale wars of conquest and destruction.

Milgram observes that once a human being shifts from the autonomous state to the agentic state, it is difficult for most to easily shift back. He posits that doing so would be a repudiation of the system that is supporting his identity and survival. Yet, remaining only in the agentic state where the individual does not feel responsible for his actions because they are not originating with him is, as we know, highly dangerous.

If we accept Milgram’s analysis, then the answer to the question What are we trying to teach our children at home and in school about obedience? is the nature of these two states, how they come about, what they feel like, and the capacity for shifting between them when it is appropriate to do so.

It would seem that we need to devise pedagogical programs using age-appropriate methods for doing several things:

1. Creating an understanding of the two states and their function nnn

Sometimes people do things they decide to do, and sometimes they do things others have told them they need to do.

2. Creating awareness of the two states within the experience of those being educated

In your own life, when do you do things you decide?

When do you do things others tell you to do?

3. Creating awareness of how to self-regulate the tendencies of each state

When you decide what to do, what are the kinds of things you need to think about? (Is it safe, fair, enjoyable, hurtful to others, best way, and so forth?)

When you do what others tell you to do, what are the kinds of things you need to think about? (Who is telling you? Does he or she have the right to tell you? Is what he or she is telling you to do harmful? And so forth.)

4. Creating awareness of when to let either state be dominant

Under what conditions is it better to do what others are telling you to do?

Under what conditions is it better to question or resist what you are being told to do, even if it seems hard to refuse?

5. Creating a bridge between the states that preserves personal accountability, despite acting as an agent

When you do what you are told, why are you still responsible for what you do?

Are you always still responsible?

6. Developing the language and skills to translate that sense of accountability into speech and action

If you are not comfortable doing what you are told, how do you say so?

How do you resist doing something even when you are pressured to do it?

Parents, teachers, coaches, religious instructors, can weave a few of these questions into their activities to lay the foundation for a healthy relationship with authority and for instilling high standards of self accountability. This would be a fertile subject for parent support groups. 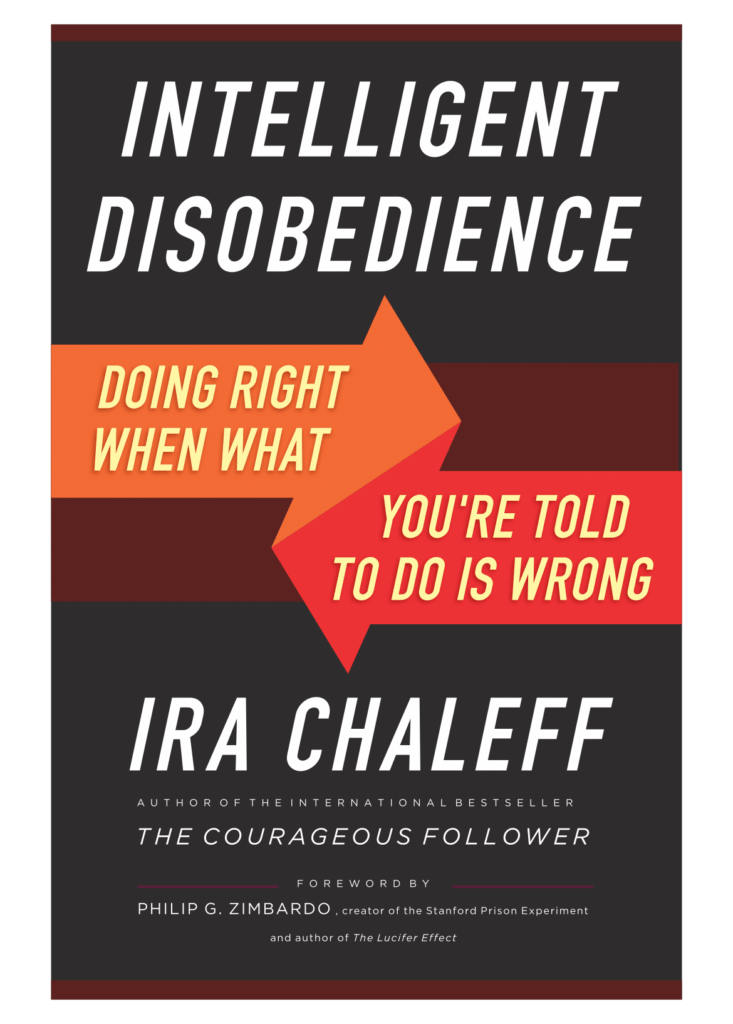 And get your FREE COPY of INTELLIGENT DISOBEDIENCE FOR CHILDREN 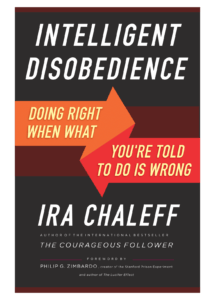 Other Books by Ira Chaleff 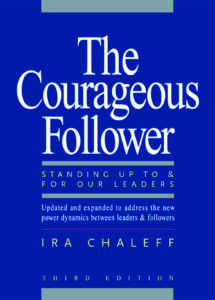 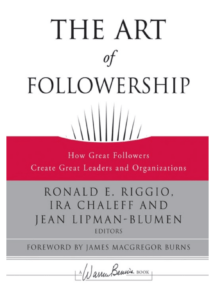 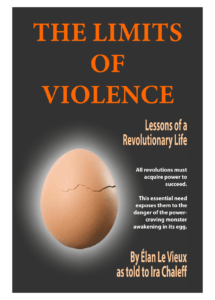 We use cookies on this site to enhance your user experience.
By clicking any link on this page you are authorizing the use of cookies.
Contact Author

If you would prefer or need to send a letter or parcel to Ira via snail mail, please use the following postal address.

Ira Chaleff’s Quarterly Newsletter contains stories and usable information for those interested in courageous leading and following and healthy relationships to authority.